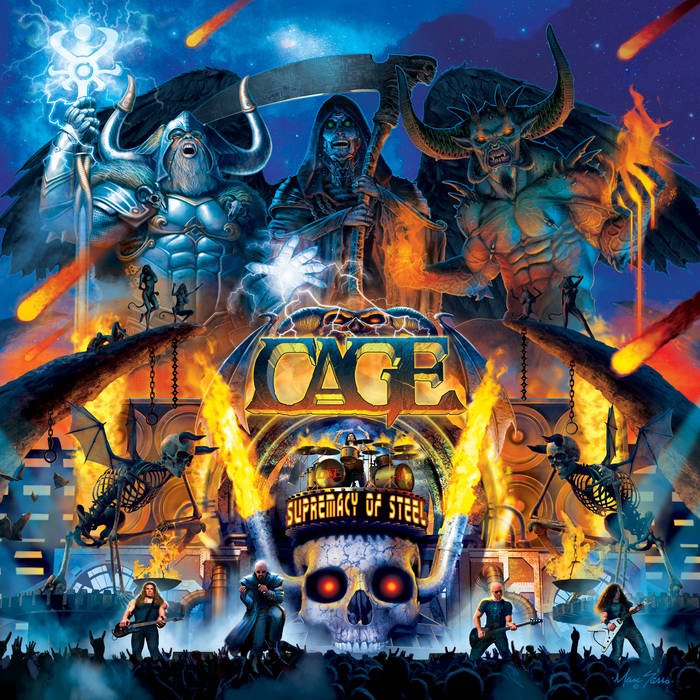 Formed in 1992 at the height of the grunge era in San Diego California was no easy task for CAGE. Their thirst for metal glory was unshaken during these metal dark ages and thus their commitment to the genre is equaled only by few.

Opening for the legends IRON MAIDEN, DIO, and JUDAS PRIEST had them forging their sound in the hottest of Viking fires. Their amalgamation of all that is good in metal is worn proudly on their black leather and glittering steel sleeves.

Defying all that would have them believe that heavy metal was dead, CAGE not only showed America the “Supremacy Of Steel”, but they have taken that message around the world as well. Now, almost two decades later, perhaps their finest work is here for you to experience!