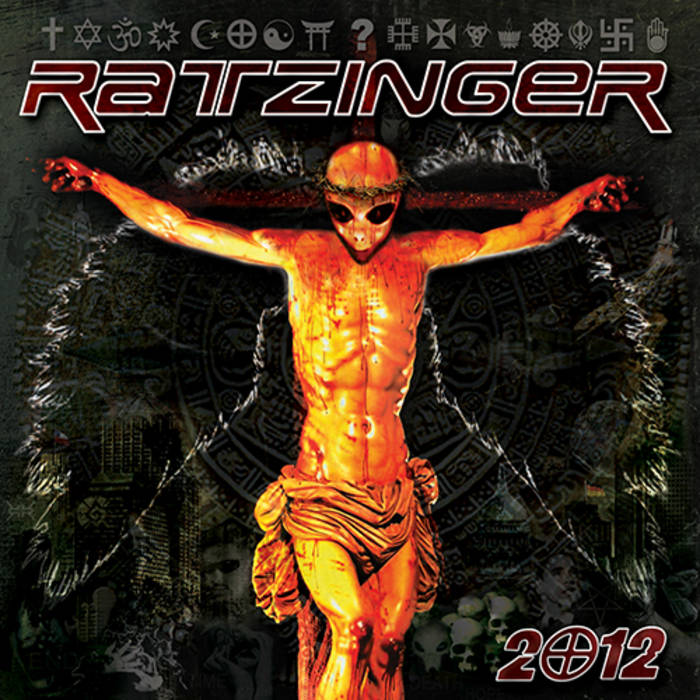 Ratzinger is one of the South American Metal bands that are projected with force in the international market. Their sound recalls bands like Calavera Conspiracy, Machine Head, Pantera, Slayer and Soulfly. But with a very particular personality.

In 2008 the band toured in Europe in a tour called: State Enemy Europe Tour. The band played in cities like Berlin, Hamburg, Katowice, Wroclaw and other cities in Europe. Ratzinger has 2 albums released; the first is called "State Enemy" a concept album that talks about the attack on 9 / 11.

And the second album called "2012", which talks about the new times of the human race, Annunaki ancestors and the new shift in consciousness. (Based on the final count of the Mayan calendar). In addition Ratzinger has played with bands like SKID ROW, ROB HALFORD, KORPLIKAANI and Others.

In summary RATZINGER is METAL direct to the brain, created especially for headbanging, drinking beer and investigate conspiracies and doomsday ideas. His latest album features collaborations with the most outstanding musicians of Chile.