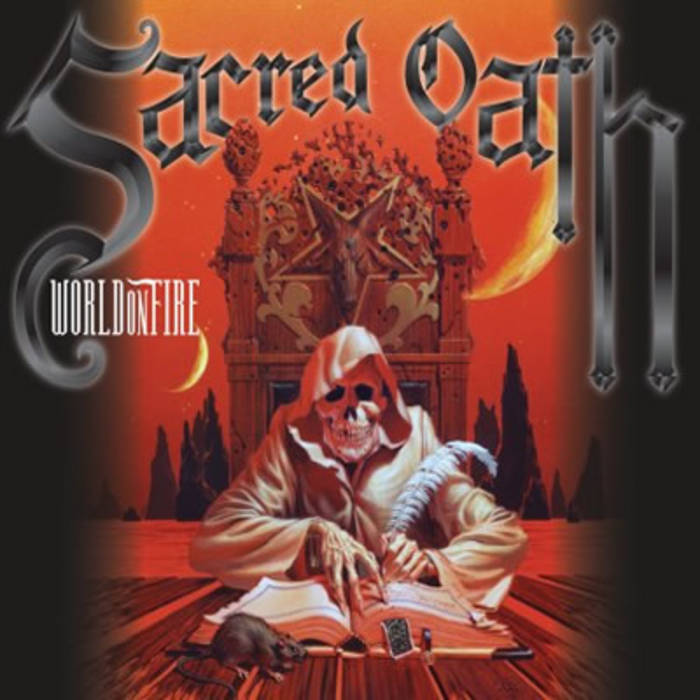 In 1988 Sacred Oath established the sound that would become American power metal with their debut album A Crystal Vision, and the same sonic fury that fueled that classic recording drives them now with the release of their fourth studio album World On Fire (2010). Rob Thorne (vocals/guitar), Kenny Evans (drums), Bill Smith (guitar), and Brendan Kelleher (bass) bring 11 brand new tracks in a concept album about Dune, the 60’s sci-fi novel by Frank Herbert.

Very few bands can say they release a new album every year, but that is exactly what Sacred Oath has done since 2007 when they released the critically acclaimed comeback album Darkness Visible (2007 Sentinel Steel). Till Death Do Us Part (2008) was listed on iTunes as one of the top 8 live metal albums, and last year’s self-titled Sacred Oath brought the band into the spotlight with a video premier on MTV2 Headbangers Ball and a Discovery Download feature on iTunes. Call it making up for lost time.

World On Fire represents the very best Sacred Oath has to offer and the band is currently planning a limited number of performances in 2011.